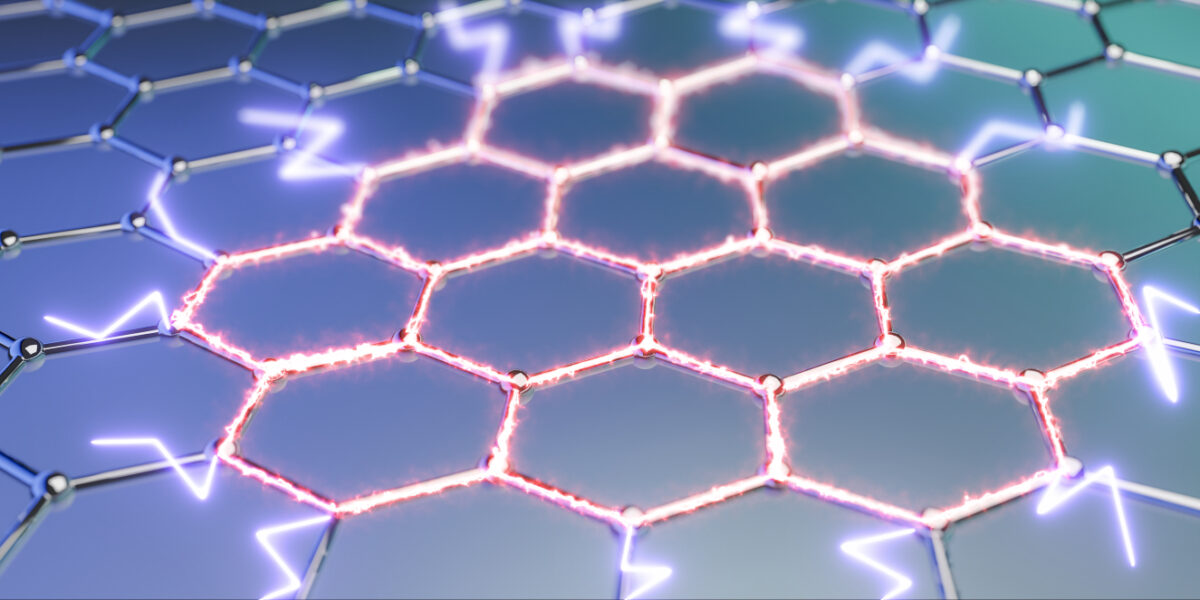 The continuous miniaturization and integration of electronic circuits in mobile phones, computers etc. leads to increasingly strong demands for thermal management: Dissipating excess heat is required to guarantee the correct functioning of the devices. Research published today in Nature Nanotechnology reveals that graphene enables ultra-efficient heat dissipation, spreading heat over micrometers during a time as short as a few hundred femtoseconds – less than a millionth of a millionth of a second. This could make it possible to efficiently cool down local circuit elements, such as transistors, of (opto)electronic devices.

Graphene is known to possess one of the highest thermal conductivities: a few thousand W/m2K – even higher than diamond. This is due to heat transported by lattice vibrations, while the contribution of charge carriers – electrons and holes – is typically small. However, graphene had something up its sleeve: an unconventional transport regime called the hydrodynamic regime, where an even higher thermal conductivity, with heat carried by charges, is possible. In this hydrodynamic regime, charges interact strongly with each other, and follow similar laws as those that apply to classical fluid transport.

Within this regime – under certain conditions – the quantum-critical Dirac fluid regime exists, where the system no longer behaves similarly to a classical fluid. What is special about this regime is that if the electronic system is heated up, hot electrons and hot holes coexist and move in the same direction under a thermal gradient, conserving total momentum. This enables heat spreading that is much more efficient than in other transport regimes. Until now, attempts to observe this at room temperature had not been successful.

The authors of this work were able to follow heat transport in graphene (specifically, in a graphene device encapsulated by hexagonal boron nitride) at room temperature by means of a technique called ultrafast spatiotemporal thermoelectric microscopy. “The breakthrough that enabled us to observe electronic heat spreading in graphene at room temperature was using ultrashort light pulses, offset in space and time with nanometer and femtosecond accuracy, respectively, while measuring the generated thermoelectric current”, explains Dr Alexander Block. The researchers first demonstrated that their technique gave the expected heat spreading when examined in the common diffusive regime. Then they studied the hydrodynamic regime, where they observed strongly enhanced heat spreading, corresponding to a giant thermal diffusivity and an electronic thermal conductivity exceeding the record-high lattice thermal conductivity.

The scientists moreover demonstrated the ability to control the amount of heat spreading by tuning the system in and out of the Dirac fluid regime. For this, they varied independently the laser power –which translates to a modification of the electron temperature –  and the voltages applied to the device through electrical gates – which act on another important graphene parameter, called the Fermi energy. This controllable transition between different heat spreading regimes at room temperature and the giant thermal diffusivity had not been observed before. “It is amazing to see that hydrodynamic phenomena that until a few years ago were experimentally inaccessible, are now reachable at room temperature, using standard encapsulated graphene, and even potentially useful for real-life applications in thermal management,” concludes Dr Klaas-Jan Tielrooij, coordinator of the work and Junior Group Leader at ICN2. These applications in thermal management would exploit the ultra-efficient heat spreading observed in graphene to extract heat from local hot spots in (opto)electronic circuitry in a broad range of devices used for information and communications technology.

This research is the result of a collaboration between the Institute of Photonic Sciences (ICFO) and the Catalan Institute of Nanoscience and Nanotechnology (ICN2), both part of the Barcelona Institute of Science and Technology in Spain. The work was  coordinated by Dr Klaas-Jan Tielrooij, group leader at ICN2, in collaboration with ICREA Profs. Niek van Hulst and Frank Koppens at ICFO, and Stephan Roche at ICN2. The first author of the paper is Dr Alexander Block who is affiliated to both ICFO and ICN2. This work also involved Alessandro Principi from the University of Manchester (UK) and researchers from the National Institute for Materials Science of Tsukuba (Japan).