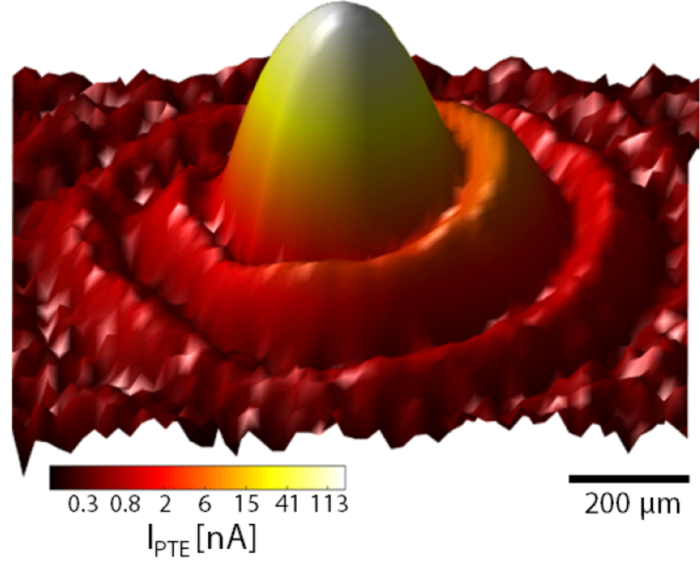 A study in Nano Letters reports on the development of a graphene-enabled detector for terahertz light that is faster and more sensitive than existing room-temperature technologies.

Detecting terahertz (THz) light is extremely useful for two main reasons. Firstly, THz technology is becoming a key element in applications regarding security (such as airport scanners), wireless data communication, and quality control, to mention just a few. However, current THz detectors have shown strong limitations in terms of simultaneously meeting the requirements for sensitivity, speed, spectral range, being able to operate at room temperature, etc. Secondly, it is a very safe type of radiation due to its low-energy photons, with more than a hundred times less energy than that of photons in the visible light range.

Many graphene-based applications are expected to emerge from its use as material for detecting light. Graphene has the particularity of not having a bandgap, as compared to standard materials used for photodetection, such as silicon. The bandgap in silicon causes incident light with wavelengths longer than one micron to not be absorbed and thus not detected. In contrast, for graphene, even terahertz light with a wavelength of hundreds of microns can be absorbed and detected. Whereas THz detectors based on graphene have shown promising results so far, none of the detectors so far could beat commercially available detectors in terms of speed and sensitivity.

In a recent study, ICFO researchers Sebastián Castilla and Dr. Bernat Terrés, led by ICREA Prof. at ICFO Frank Koppens and former ICFO scientist Dr. Klaas-Jan Tielrooij (now Junior Group Leader at ICN2), in collaboration with scientists from CIC NanoGUNE, NEST (CNR), Nanjing University, Donostia International Physics Center, University of Ioannina and the National Institute for Material Sciences, have been able to overcome these challenges. They have developed a novel graphene-enabled photodetector that operates at room temperature, and is highly sensitive, very fast, has a wide dynamic range and covers a broad range of THz frequencies.

In their experiment, the scientists were able to optimize the photoresponse mechanism of a THz photodetector using the following approach. They integrated a dipole antenna into the detector to concentrate the incident THz light around the antenna gap region. By fabricating a very small (100 nm, about one thousand times smaller than the thickness of a hair) antenna gap, they were able to obtain a great intensity concentration of THz incident light in the photoactive region of the graphene channel. They observed that the light absorbed by the graphene creates hot carriers at a pn-junction in graphene; subsequently, the unequal Seebeck coefficients in the p- and n-regions produce a local voltage and a current through the device generating a very large photoresponse and, thus, leading to a very high sensitivity, high speed response detector, with a wide dynamic range and a broad spectral coverage.

The results of this study open a pathway towards the development a fully digital low-cost camera system. This could be as cheap as the camera inside the smartphone, since such a detector has proven to have a very low power consumption and is fully compatible with CMOS technology.